Non-NYRR time qualifiers:  Entries for the 2020 TCS New York City Marathon have reached capacity. Please note that even if you have already applied with a qualifying time, verification can take up to two weeks.

The race is held annually on the first Sunday of November and includes over 50,000 runners, from the world’s top professional athletes to runners of all ages and abilities, including over 9,000 charity runners. Participants from over 125 countries tour the diverse neighborhoods of New York City’s five boroughs—Staten Island, Brooklyn, Queens, the Bronx, and Manhattan.

Race morning also features the Rising New York Road Runners Youth Invitational at the TCS New York City Marathon, a race within Central Park that ends at the marathon finish line. More than one million spectators and 10,000 volunteers line the city’s streets in support of the runners, while millions more watch the globally televised broadcast.

The race is a founding member of the Abbott World Marathon Majors, which features the world’s top marathons—Tokyo, Boston, London, Berlin, Chicago, and New York. Tata Consultancy Services (TCS), a leading global IT services, consulting, and business solutions organization, is the premier partner of NYRR and the title sponsor of the TCS New York City Marathon. To learn more, visit www.tcsnycmarathon.org.

The start village will be located on Staten Island. Runners are encouraged to arrive early, and to familiarize themselves with the starting area before race day.

The course exits Staten Island via the Verrazzano-Narrows Bridge, and takes runners through Brooklyn, then into Queens, before entering Manhattan. After a trip up into the Bronx, runners head back down into Manhattan and enter Central Park.

After 26.2 miles, runners finish their journey in Central Park. After collecting their medal and recovery bag, they will head through the walk-off area and to family reunion.

To be eligible for NYRR member prize money, participants must have an active NYRR membership for six months prior to race day.

Athletes who have been suspended for doping by a governing body are not eligible to participate in, and should not apply for entry in, NYRR races. Extenuating circumstances may be reviewed by the NYRR Race Director.


Only women competing in the all-women's professional race are eligible for Open Division prize money. Finish order is based on gun time.

Athletes must be USA citizens on the date of the race and must present proof of citizenship, preferably a USA passport. Includes athletes from USA territories like Puerto Rico, St. Thomas, St. Croix, and St. John.

Only women competing in the all-women's professional race are eligible for Open Division and U.S. Citizen prize money. Finish order is based on gun time.

Women competing in either the all-women's professional race or the mixed gender race are eligible for masters prize money. Finish order is based on gun time.

The Drawing is Closed
Have you received an invitation code from NYRR, an International Tour Operator, charity, or sponsor? Please enter it below:
Register
Become a member
Guaranteed Entry
Run with Team for Kids
Run with an Official Charity Partner 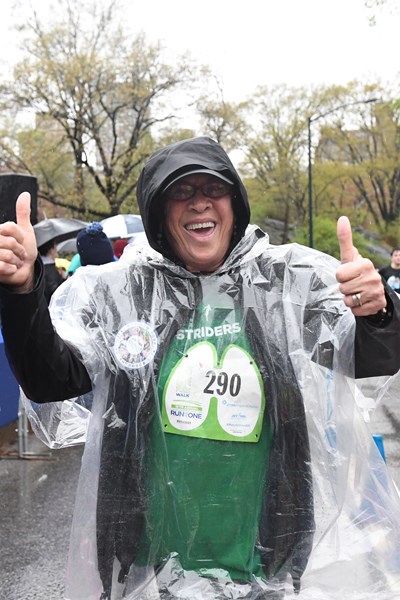 Health Walk at Run as One Presented by JPMorgan Chase