Vivian Cheruiyot won the 2018 Virgin Money London Marathon on a hot day in the British capital just a year after making her marathon debut there and a month after dropping out of the United Airlines NYC Half due to asthma.

Cheruiyot comes from a glittering career on the track that yielded four IAAF World Championships titles and Olympic medals of every color, not to mention a world cross country title and gold at the Commonwealth Games.

Cheruiyot made an impressive 26.2-mile debut in London in 2017, placing fourth in 2:23:50, and went on to claim her first marathon victory when she won the Frankfurt Marathon that October in 2:23:35.

Nicknamed “Pocket Rocket,” Cheruiyot started running at school and made the national junior team in 1998 when she was just 15. She was educated at Sing’ore Girls’ High School, an institution famed for its athletics prowess. She is married to Moses Kiplagat, a former professional runner who is also her coach. They live in Kaptagat with their 5-year-old son, Allan, and both have business interests in real estate, farming, and transport. 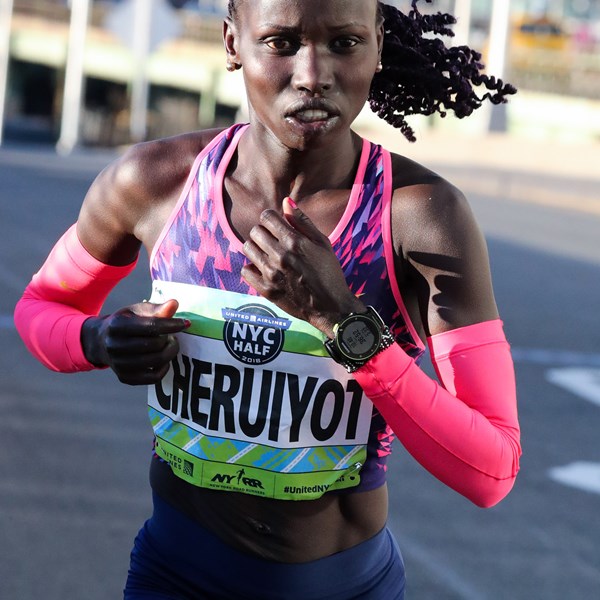