Krumins grew up running cross country in the Netherlands, making her international racing debut in 2002 European Cross Country Championships before going on to win gold over 1500 and 3000 meters at the 2003 European Youth Olympic Festival.

She attended Florida State University, where she claimed a 3000-meter NCAA indoor title and 1500-meter NCAA outdoor title, and a runner-up finish at the NCAA Cross Country Championships. 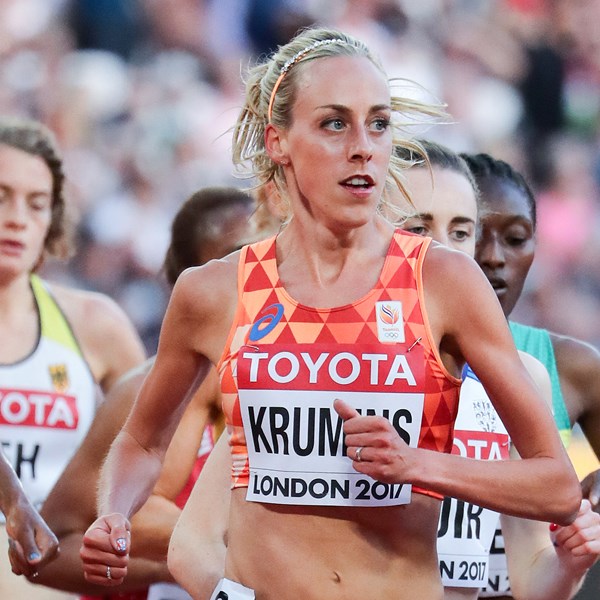