Her first major marathon appearance was a 14th-place finish at the Boston Marathon in 2013, five years after making her marathon debut with a fifth-place 2:40:07 at the Twin Cities Marathon. In 2011, she was on the Houston Marathon podium when she was third in 2:29:35, which remains a personal best. A winner of four half-marathons, her personal best is a 1:10:53 attained as the seventh-place finisher at the 2013 NYC Half.

Bruce began running when she was 4 growing up in Phoenix, AZ, and she was a Big West champion and two-time All-American at the University of California, Santa Barbara. Diagnosed with celiac disease in 2010, she has battled through the condition to become one of the country’s top runners.

She is married to Ben Bruce, a fellow professional runner who competed in the 3000-meter steeplechase at the USA Outdoor Track & Field Championships 15 consecutive years, with a high finish of second place in 2010. The couple have two children, Riley and Hudson. 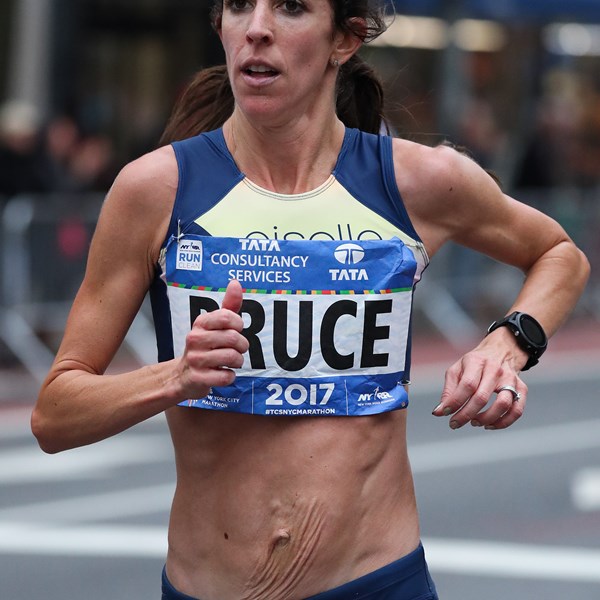