Last year, Shura Kitata took second place at both the TCS New York City Marathon and Virgin Money London Marathon. He was just two seconds shy of winning in New York, falling short against Lelisa Desisa. London marked his first Abbott World Marathon Majors race; he finished in a personal-best time of 2:04:49 there after running with winner Eliud Kipchoge through the first 37 kilometers.

Kitata’s young career took off in 2017 when he won the Frankfurt Marathon by more than a minute, lowering his personal best by more than 90 seconds in difficult conditions and leading an Ethiopian sweep of the medals. Earlier that year, he placed third in Xiamen before slicing two minutes from his best time to win the Rome Marathon in 2:07:28. His time was the second fastest ever on the Rome course. Kitata made his marathon debut in Shanghai in 2015, finishing third in 2:08:53. He ran four marathons in 2016, finishing as runner-up in Xiamen, Ottawa, and Istanbul with a below-par 16th in Otsu sandwiched in between.

Kitata was born on a family farm in Ethiopia and has four sisters and three brothers. He began running in grade school and now trains in Ethiopia under coach Haji Adilo alongside Desisa and world champion and Olympic medalist Mare Dibaba. 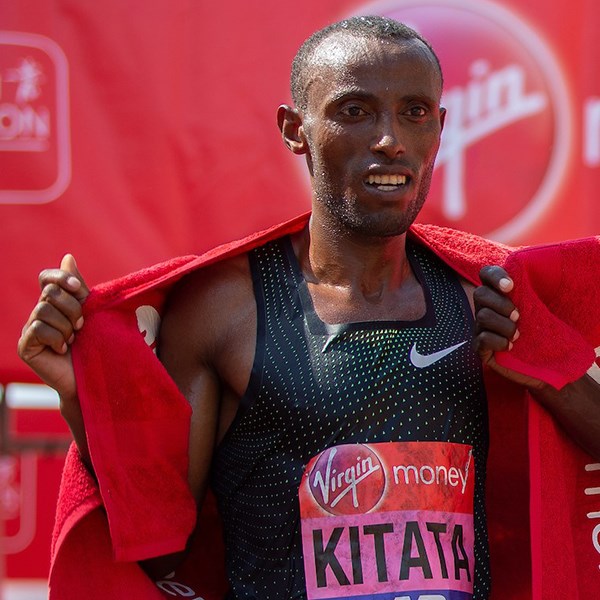