She made her first Olympic team in 2012 in dramatic fashion, taking the third and final spot by four hundredths of a second, while also meeting the Olympic “A” standard by 21 hundredths of a second. She qualified in the 5000 meters again this summer, albeit with a three-second gap on fourth place this time around. Conley grew up in Santa Rosa, CA, and attended the University of California–Davis. She currently trains near her alma mater in Sacramento, CA, where she founded the NorCal Distance Project with her husband and coach Drew Wartenburg.

Conley also won her first national title in Sacramento, taking the 10,000-meter title at the 2014 USATF Outdoor Championships. She made her 13.1-mile debut the following year at the USATF Half Marathon Championships and claimed her second national title. During a training trip to preview the five-borough course in September, she won the New Balance Bronx 10 Mile in an event-record 55:37 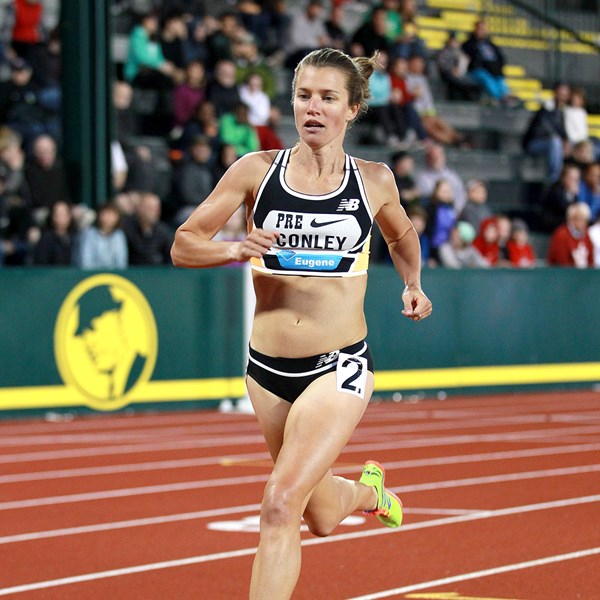