A former American record-holder at the 3000-meter steeplechase, Simpson placed ninth in that event at the 2008 Beijing Olympics and fifth at the 2009 IAAF World Championships in Berlin.

Since shifting her focus to the 1500 meters, the New Balance athlete has garnered tremendous success at the distance, and most recently claimed the bronze medal at the 2016 Rio Olympics. Previously, Simpson had earned two IAAF World Championships medals in the 1500, following her gold-medal performance in 2011 with a silver medal in 2013. Simpson has become the third fastest American all-time in the 1500 meters after her 3:57.22 performance at the Areva Diamond League meet in 2014. The performance helped her claim the title of 2014 Diamond League champion for the event.

Before turning pro, Simpson had an impressive collegiate career at the University of Colorado where she was the inaugural winner of the 2009 Bowerman Athlete of the Year Award. During her time as a student-athlete she set NCAA records in distances from 1500 meters to 5000 meters and was multi-time All-American. 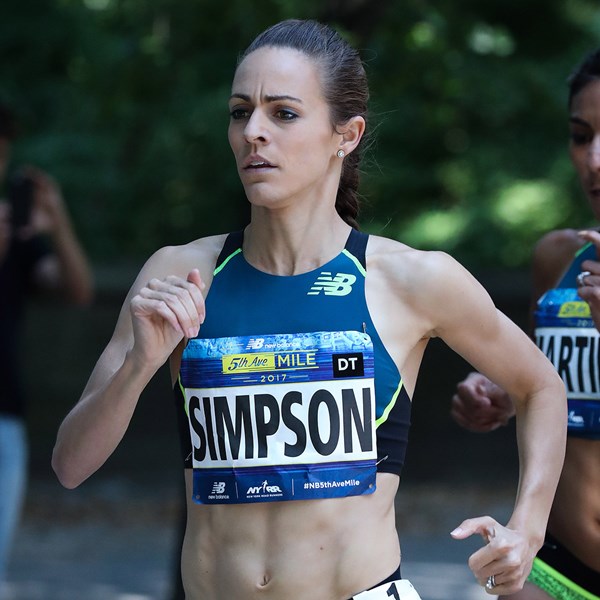