In the decade following her marathon debut, Kastor had a slew of strong New York performances. In 2004 she won the New York Mini 10K. A year later at the USA 8K Women’s Championships, held on Randall’s Island, Kastor took home the title and set an American record of 25:05 in the process. In 2006 she returned to the New York City Marathon, this time besting her previous seventh place performance with a sixth place finish. Within the same year Kastor had set American records for both the half and full marathon and finished off her year ranked no. 1 in the world for the event. In 2009 Kastor tackled the NYC Half in placing third, and returned to race in 2010 finishing as runner-up. In 2013 she was the More Magazine/Fitness Women’s Half Marathon champion.

In 2014, Kastor broke American masters’ records in every race she entered. The following year she continued her record-breaking ways by running a 2:27:47 at the Bank of America Chicago Marathon, besting the decade-old marathon masters’ record by nearly a minute.

Deena Kastor is a three-time Olympian. Throughout her career she has held 10 American records and represented the U.S. on 16 world championship teams. In February 2016, Kastor announced she would withdraw from the U.S. Olympic Trials for the marathon. Sidelined by injury, she was unable to make her attempt at qualifying for her fourth Olympic team. Previously, she had represented the U.S. at Sydney in 2000, Athens in 2004, and Beijing in 2008. Her Olympic career was highlighted by a bronze-medal finish in the marathon in 2004.

Prior to her professional career, Kastor was a four-time SEC Champion and eight-time NCAA All-American while attending the University of Arkansas.

Kastor lives and trains in Mammoth Lakes, California with her husband, Andrew, and their daughter, Piper. 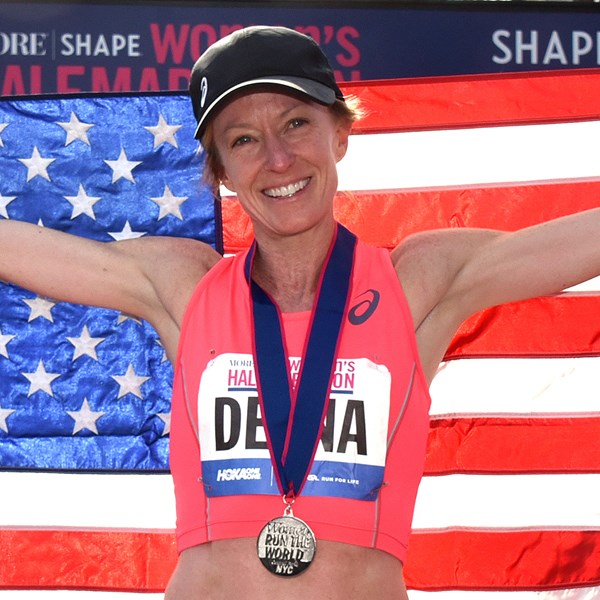