Arguably the most well-known wheelchair racer in the world, David Weir holds the record for the most London Marathon titles, with eight victories in the wheelchair division, including his most recent in 2018 when he pulled ahead of Marcel Hug and Daniel Romanchuk in a sprint finish. In 2019, Weir made his 20th appearance in the race.

Weir made his fourth appearance at the New York City Marathon in 2019 and finished in third for the second consecutive year. He won the race in 2010 and came in sixth in 2005.

Weir competed at his first Paralympic Games on the track in 1996 at age 17 in Atlanta, and six years later raced to his first major marathon title in London. He won two medals at the Athens 2004 Paralympics and two golds at the Beijing 2008 Paralympics, but it wasn’t until his home Games at London 2012 that he truly had his career-defining moment. Weir took home four gold medals in front of an 80,000-strong crowd in London, winning the 800 meters, 1500 meters, 5000 meters, and the marathon. His success earned him the nickname “The Weirwolf” from athletes and fans alike, and he made the front pages of nearly every national newspaper.

At the Rio 2016 Paralympics, Weir failed to win any medals and did not finish the marathon due to a collision early in the race. Since then he has retired from the track to focus on marathons.

Weir is coached by Jenny Archer, and together they run the Weir Archer Academy in Surrey for youth wheelchair racers. He has two daughters, Ronie and Tillia Grace, and two sons, Mason and Lenny. He was born with a severed spinal cord and took up the sport at age 8. 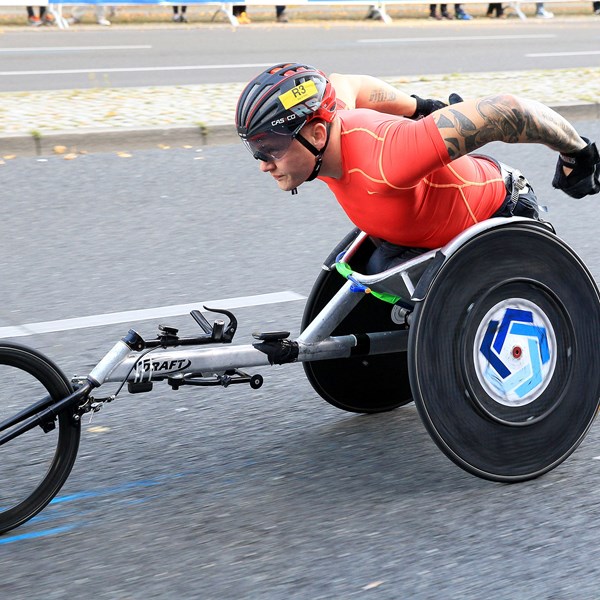