She then recorded her second podium appearance in the 2018 NYRR Pro Racing Series in September by taking second at the New Balance 5th Avenue Mile in a personal-best time of 4:19.2. It was nearly two seconds better than her time at the event in 2017, when she finished in eighth place.

She made her first Olympic team in 2016, finishing eighth in the 3000-meter steeplechase in Rio. The following summer, she placed third in the steeple at the USATF Championships to qualify for the IAAF World Championships; in London, she placed second in her heat but was disqualified for a lane violation. Prior to Worlds, she set a 1500-meter personal best of 4:03.93, winning at the Heusden Night of Athletics in the Netherlands on July 22.

A native of St. Louis, MO, Quigley passed on modeling career to attend Florida State University, earning nine All-American honors along the way. She won the 2015 NCAA Outdoor Track & Field Championships steeplechase title in her final collegiate race. The same year, she was a top 30 finalist for the NCAA Woman of the Year.

A healthy food lover, Quigley manages a blog where she shares her favorite recipes. She’s also an avid swimmer, picking up the sport while recovering from a hamstring injury and plantar fasciitis during the fall of 2015. 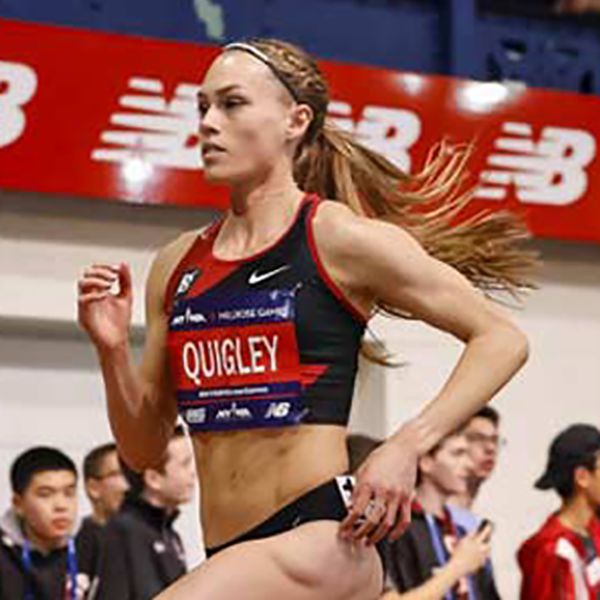