Rotich is a two-time NYC Half champion, having taken the title in both 2011 and 2013, and a former event record-holder. She has two top-10 finishes at the New York City Marathon, has finished in the top five in the Chicago and Tokyo Marathons, and she won the 2015 Boston Marathon in a sprint down the final 200 meters. She kicked off her 2020 season with a seventh-place finish at the Houston Marathon in January, clocking in at 1:08:53.

Rotich was raised in Nyahururu, Kenya, and attended high school in Japan at Sendai Ikuei Gakuen High School in Miyagi Prefecture, Japan. She can speak Japanese fluently, in addition to Swahili and English.

Rotich has lived and trained in Santa Fe, NM, since 2009, and the New Mexico state legislature declared February 28, 2017 “Caroline Rotich Day” in celebration of her running accomplishments. 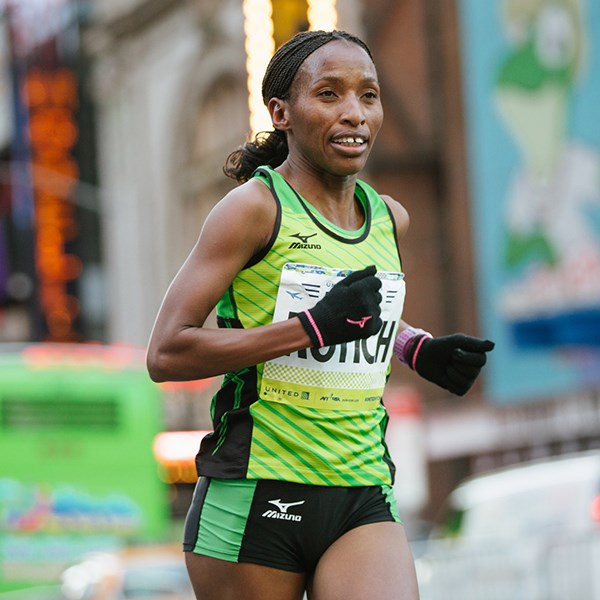