A four-time Paralympian, Aaron Pike has represented the U.S. in both the Paralympic Summer and Winter Games. At the London 2012 Paralympics, Pike raced in the 1500 meters, 5000 meters, and the marathon. Two years later, he was back on Team USA for the winter Paralympics in Sochi, competing in Nordic skiing. He returned to the roads to represent the United States at the Rio 2016 Paralympic Games. In 2018, he was back again on the snow, placing sixth and seventh in his two biathlon events.

Pike ran his TCS New York City Marathon best of 1:36:45 in 2015, placing eighth. The following year Pike was the runner-up in the United Airlines Half, running a time of 48:47. In 2018, he finished in fourth place at the TCS New York City Marathon in a time of 1:40:22. Earlier this year, he clocked an American best in the marathon with a 1:20:59 when he won the Grandma’s Marathon.

Originally from Park Rapids, MN, Pike attended the University of Illinois at Urbana–Champaign, training under head coach and Paralympian Adam Bleakney. After suffering from a T-11 spinal cord injury due to a hunting accident at age 13, Pike quickly began to learn about the world of adaptive sports. He lived in five different places growing up: Minnesota, South Dakota, Idaho, Virginia, and Germany. He enjoys fishing and camping. His girlfriend, Oksana Masters, is an eight-time Paralympic medalist. 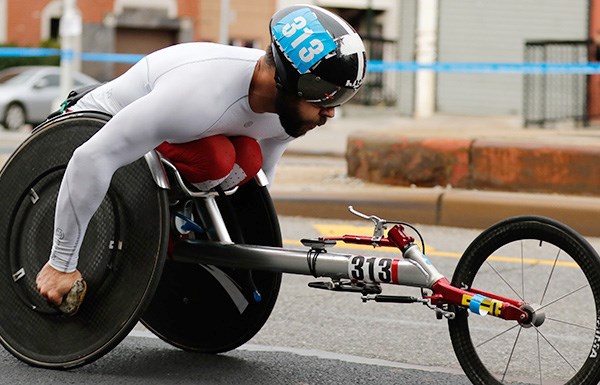