Trained as an architect, Brian has been running since high school in Somers, NY. Since moving to New York City eleven years ago, he has evolved from a sprinter into a long-distance runner. When Brian attempted to run his first half-marathon, his only goal was to complete the race. He now runs ultra-marathons and several marathons in the same weekend. He has completed over 90 marathons and 30+ ultra-marathons to date. Brian’s goal of completing marathons in all 50 states was recently completed.

The marathon is his favorite distance, seeing as it is the perfect combination of speed, distance and time. He ran his personal record of 2:54:42 in the 2010 Boston Marathon and enjoys running competitively, although giving back to the running community provides more satisfaction than any personal achievement. Best known for running with his camera, taking pictures of teammates and capturing race moments along the way, he enjoys saying "hello" to runners and friends in Central Park. Brian’s experience in running and patience comes key to his teaching style. Brian Hsia has been coaching for 12 years and coached specifically two different charity groups: NYRR Team for Kids, as well as starting his own running charity group with the Alzheimer’s Association and coaching them for eight years. He has a fond love of coaching new runners to reach their goals, from personal bests to finishing their first marathon.

Brian is trained as a RRCA-, USAT&F-, and TFA-certified coach. Brian also served as the co-director of the marathon training program for the New York Flyers, one of the largest running clubs in New York City, and was featured in The New York Times. Brian’s advice to a new runner training for a marathon is to “listen to your body because the marathon training is a long season. Pace yourself and have fun with your training on the journey to completing a marathon. Have no expectations, enjoy the moment and believe in yourself. You are doing this for yourself. You will gain so much more than you will expect as you bond through friendships, memories, and new experiences.” Brian believes that anyone can become a marathoner, though it takes true dedication and proper training to finish the race. Brian is looking forward to taking you to the finish line of your marathon!

Where is your favorite place to run in New York City?
Every street in New York... going out to other boroughs and getting lost somewhere that you have never been before... and then finding your way home!

What is your favorite NYRR race?
The TCS New York City Marathon

What is your personal running motto?
"Have fun while you run... If you are not having fun, then why do it? Smile, laugh, and love the sport." 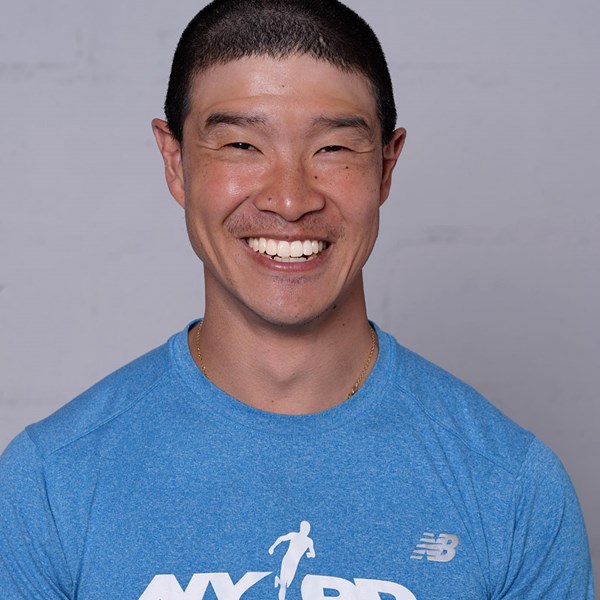