All in-person NYRR events, group training, and community programming are canceled through May 10. The NYRR RUNCENTER featuring the New Balance Run Hub will remain closed through May 4. Read more here.

This event has been cancelled. For more information, visit our FAQ page.

Join Team Boomer for the first-annual Walk at the Boomer's Cystic Fibrosis Run to Breathe 4M Brought to You by UnitedHealthcare and help them win the fight against cystic fibrosis, a genetic disease that attacks the lungs. Team Boomer works to encourage people with cystic fibrosis to live active, healthy lifestyles, and welcomes any athlete to join the team to raise funds and awareness for the cause.

The walk will start at 9:30 a.m., after the start of the Run to Breathe 4M. Registered walkers will line up behind the runners. Please be in place for the walk no later than 9:15 a.m.

In 1993, former NFL quarterback Boomer Esiason learned that his son Gunnar was diagnosed with cystic fibrosis (CF). Never ones to back down from a fight, he and his wife Cheryl founded the Boomer Esiason Foundation (BEF) and decided right then and there to fight to find a cure for CF. Boomer’s Cystic Fibrosis Run to Breathe (4M) brought to you by UnitedHealthcare helps support BEF’s fundraising and awareness efforts.

When you run with NYRR, you do more than compete in a world-class race—your support and participation play a role in fulfilling our mission to help and inspire people through running, and benefit NYRR’s free youth and community programs, including Rising New York Road Runners, NYRR Striders, Open Run, and more.

Numbers (which include your timing tag) and souvenir may be picked up at the NYRR RUNCENTER at 320 West 57th Street (between Eighth and Ninth avenues) on the following dates:

Show the QR code from your race confirmation email or your NYRR account to pick up your race materials. Please pick up during the week to avoid crowds on race day. Race-day lines may impact your ability to get to the start on time. Souvenirs are subject to availability; please note that souvenirs may not be available at race-day pickup.

If you're unable to pick up your race materials, a friend or family member can pick up for you; the person will need your QR code (printed or digitally). This policy is in effect only for our weekly races, and not for the TCS New York City Marathon.

Planning to check a bag on race morning? While we will continue to have clear plastic bags available at number pickup, we encourage you to use your own clear reusable plastic bag, no larger than 17" wide x 20" high x 7" deep, with the tag affixed. Learn more. 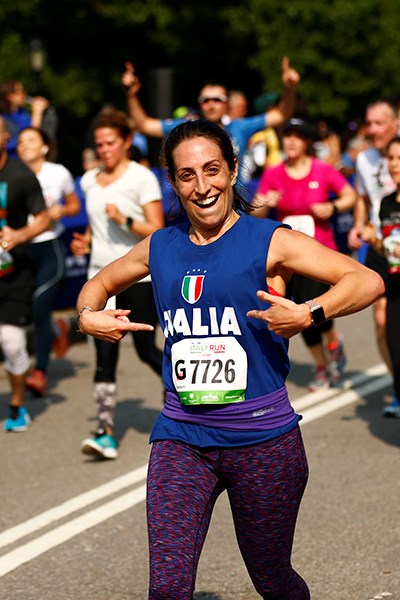 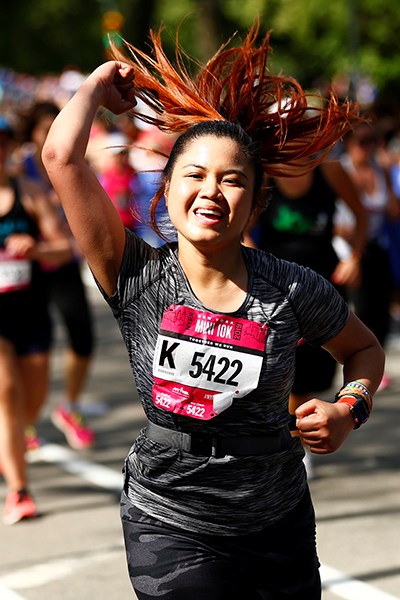 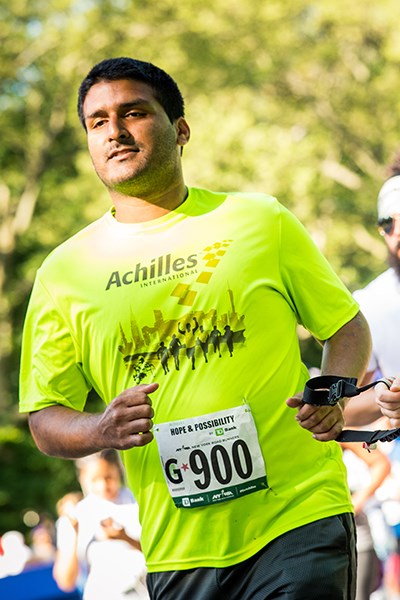 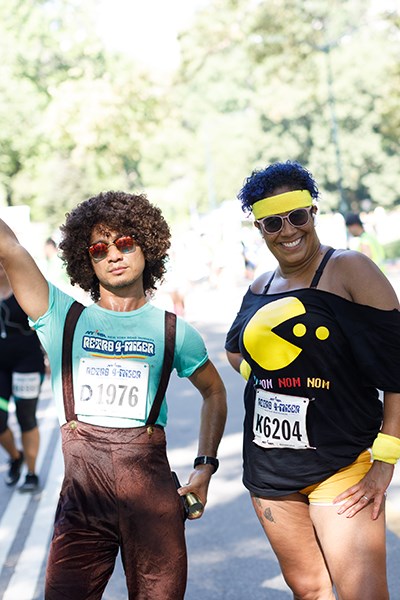