Kispang won the TCS New York City Marathon in 2014 in his debut on the five-borough course, taking the tape in 2:10:59, just 11 seconds ahead of Ethiopia’s Lelisa Desisa. Adding to his victory in London earlier that year, the win in New York sealed the World Marathon Majors Series VIII title for him. So far in 2017, Kipsang has won the Tokyo Marathon, setting a new course record of 2:03:58 in February, but he dropped out of the BMW Berlin Marathon in September at the 30K mark a year after finishing as runner-up there.

The 2012 London Olympic Marathon bronze medalist has run under 2:05 eight times, the most of any runner in history. At the 2009 Ras Al Khaimah Half-Marathon, he became the fifth person in history to break 59 minutes for the half-marathon with his time of 58:59.

The self-coached TCS New York City Marathon champion worked as a police officer for three years before his running career took off, and he now owns the Keellu Resort Centre, a hotel and restaurant in Iten, Kenya. He previously ran competitively for the Kenyan Police team. 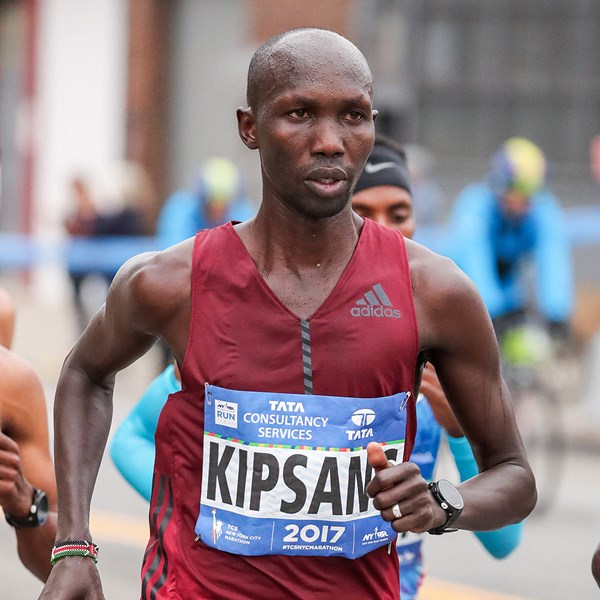