As the oldest member of the U.S. team, Roberta Groner was the top American finisher at the IAAF World Championships Marathon in September, taking sixth place in 2:38:44. Earlier this year, she recorded a personal-best marathon time of 2:29:06 in Rotterdam, Netherlands, achieving the qualifying standard for the Tokyo 2020 Olympics and becoming just the third American woman over 40 to break 2 hours and 30 minutes.

Groner is a graduate of St. Francis University, a small NCAA Division I school roughly 80 miles east of her native Pittsburgh; she was the school’s first four-time all-conference cross-country honoree. Off the roads, she now works as a full-time registered nurse office supervisor and is a mother to three boys: Bryan (15), Aiden (13), and Dylan (12). After giving birth to her kids, she started running again at age 30, keen to do something for herself. She made her marathon debut in Chicago in 2011, posting a time of 3:12 to qualify for the Boston Marathon, where she went on to run sub-three hours.

In 2017, she dropped her Boston Marathon time by seven minutes and her place from 102nd to 16th. That same year, she landed in the sport’s headlines after finishing as runner-up at the California International Marathon, which served as the USATF Championships Marathon. In 2018, she finished seventh at the USATF Half Marathon Championships and was the top masters finisher at the TCS New York City Marathon and 12th overall.

Groner, who humors her fans with the #fasterasamaster and #noagelimit hashtags on her social media feeds, currently runs for the New York Athletic Club and trains under Steve Magness. 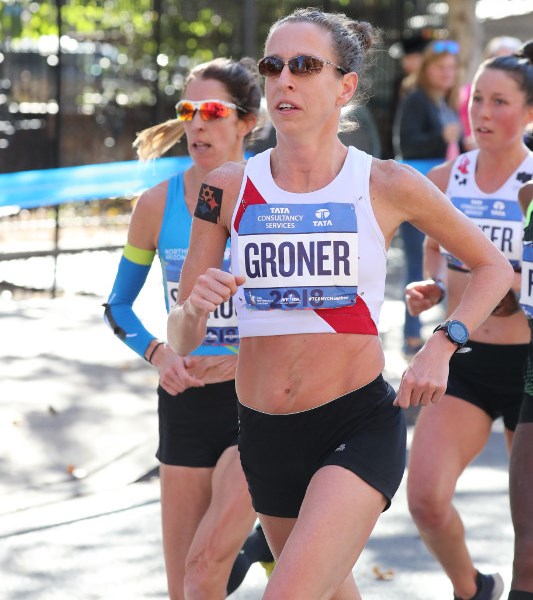