Originally from Asella, Ethiopia, Buzunesh Deba has lived and trained in New York City for a decade, frequently taking the subway from her home in the Bronx to track workouts, and has sometimes run the 31-mile circumference of Manhattan in training.

Deba met her husband and coach, Worku Beyi, while still a teenager in Ethiopia, and the two have lived in the Bronx since 2006. She has recorded five top-10 finishes at the New York City Marathon, including runner-up finishes in 2011 and 2013. In 2011, she lost by four seconds after a down to-the-wire battle with her friend and countrywoman Firehiwot Dado; in 2013, Deba led from the Verrazano-Narrows Bridge into Central Park but was overtaken by Kenyan Priscah Jeptoo. Her 2013 performance came only months after her friend and training partner, fellow Ethiopian Meskerem Legesse, passed away suddenly.

Deba’s 2014 Boston Marathon time of 2:19:59 made her the fastest female New York resident in history by more than 10 minutes, and was 44 seconds faster than the previous event record. A month prior to her record-setting run in Boston, she claimed her highest finish to date at the NYC Half, placing second in a personal-best 1:08:59. Deba placed third in Boston the following year, finishing in 2:25:09. 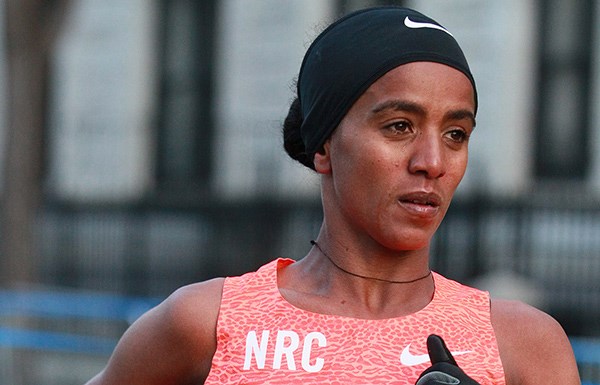