Stanley Biwott won the 2015 TCS New York City Marathon by closing the final 10 kilometers in a commanding 28:35, and followed that up with a runner-up finish and new personal best of 2:03:51 in London in April. He dropped out of the 2016 race at the 15th kiolmeter due to a calf injury.

In his New York City Marathon debut in 2013, he was the last man to challenge eventual champion Geoffrey Mutai, sticking with his countryman until just before mile 23. Biwott’s half-marathon best of 58:56, run at the 2013 Ras Al Khaimah Half-Marathon in the United Arab Emirates, currently ranks him as the 13th-fastest man in history. He’s recorded sub-1:00 performances four of the past five years, and in June, he ran 1:00:46 to win the Olomouc Half-Marathon in the Czech Republic despite race-day temperatures nearing 90 degrees. Biwott was named to Kenya’s marathon team for the Rio 2016 Olympics, but he was forced to drop out of the race with stomach issues after the 35-kilometer mark. Prior to Biwott’s professional running career, he worked on a dairy farm; although he began training full-time in 2006, he still owns 10 cows. 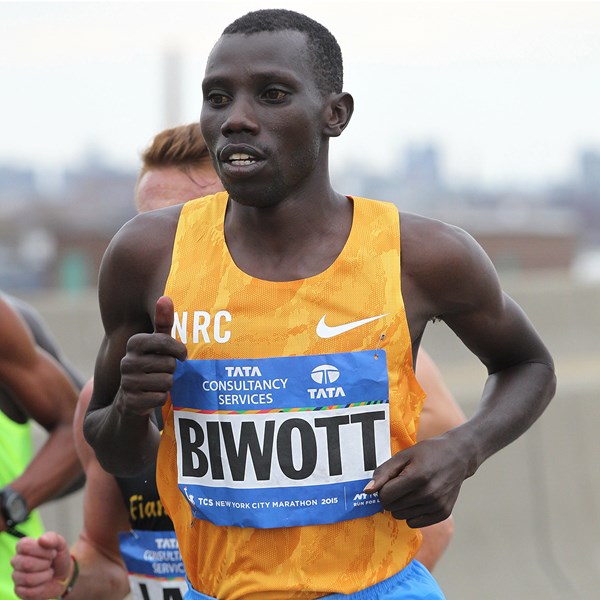