Ultramarathoner Gerda Steyn became a bona-fide national hero in South Africa this year after winning both the Two Oceans and Comrades Marathons, the country's two most significant races. She completed the latter in a course-record time of 5:58:53, becoming the first woman to go sub-six hours on the ultra-event’s uphill course, and received a congratulatory tweet from South Africa’s president. She also became just the third woman to win both races in the same year.

Steyn grew up on a farm near Bothaville, South Africa and then qualified to be a quantity surveyor at the University of the Free State. In 2014, she went to work in Dubai, where she joined a running club to meet people and make friends. She discovered her love and talent for running there and went on to race the 2015 Dubai Marathon, which gave her the long-distance bug. 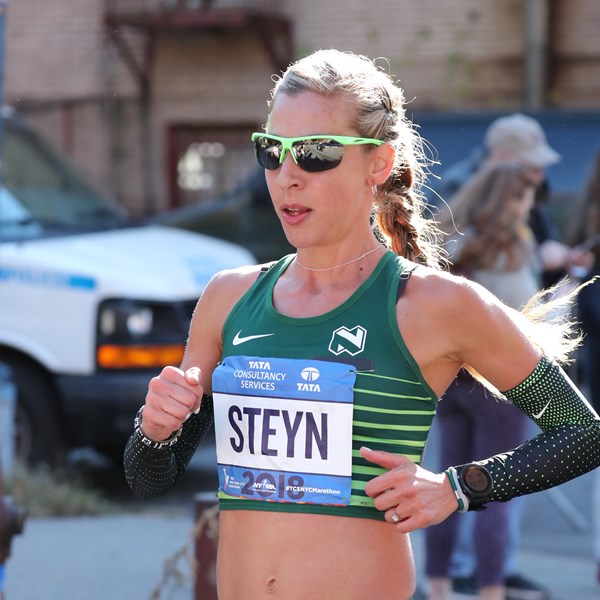